Everton's Goodison Park has seen the most goals this season. © Graeme Lamb/123rf

Whataretheodds » Stats » Which season ticket holders are missing out the most in this season’s goals-filled Premier League?

The Premier League will return from a well-earned break this weekend after a frantic goal-filled start to the season. Goals per game is up almost a goal per game on this stage of last season with each fixture averaging 3.78 goals.

The international break gave managers time to come up with a way to tighten up their defence and stop the flow of goals that has made this Premier League season compelling viewing.

The only downside these early goal-fests has been the absence of supporters in the stadiums to contain Covid-19.

So which season-ticket holders have missed out the most in terms of goals scored at their home away from home?

Goals scored at each ground this season 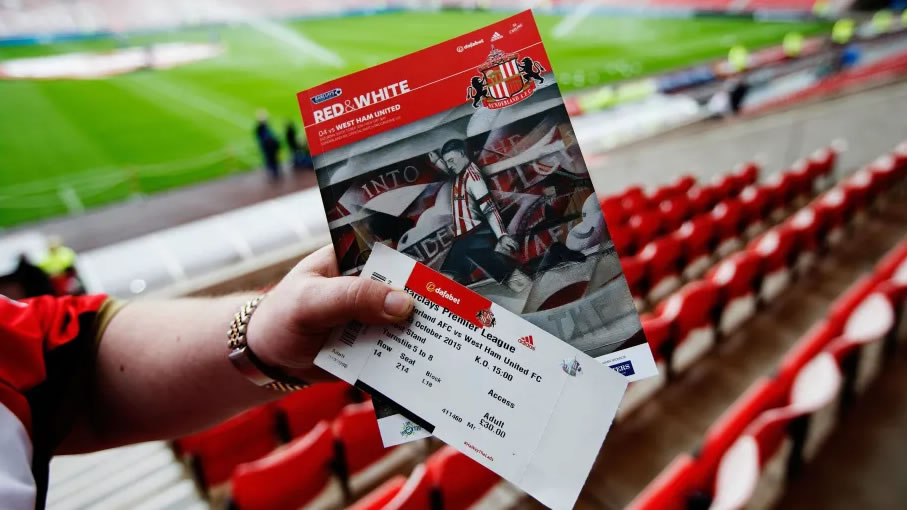 Season Ticket holders have missed out on a goal frenzy in the Premier League so far this season.

Let’s start with Everton. Their fans will be delighted to see their side top of the table with four wins from four, but none of their fans have been in attendance to witness it.

Manager Carlo Ancelotti has the Toffees playing a style of football that Everton fans have wanted to see for years and it is paying dividends.

The addition of Colombian playmaker James Rodriguez has helped the team click in attack and chances are being created on a regular basis for the strikers.

And nobody has benefitted more than Dominic Calvert-Lewin who is joint leading scorer through four rounds of fixtures with six goals.

Liverpool make the short trip across Stanley Park to face the league leaders.

In the two games played at Goodison Park this season, a total of 13 goals have been scored which is the most seen at any top flight ground so far this season.

It’s seven more than the total goals scored in Everton’s first two home league games last season which is also the biggest increase of any of the top flight sides at their respective grounds.

The omens, however, are not good for Everton’s next home game to produce plenty of goals.

Liverpool’s last three visits to their closest rivals have ended in goalless draws.

In fact, since a 3-3 draw at Goodison Park in November 2013, this derby in the blue half of Merseyside, has produced a total of just three goals in six meetings.

But this is a more adventurous Everton team looking to beat the Reds for the first time in 20 league games and there could be plenty of goals in this contest.

Liverpool fans are missing out on witnessing their side’s defence of the title in person and already they have missed out on seeing 11 goals scored in their two wins at Anfield.

The four total games home and away involving Jurgen Klopp’s champions this season have seen a total 22 goals scored – 11 for Liverpool and 11 for the opposition.

Seven of those 11 goals conceded came in a stunning 7-2 defeat at Aston Villa last time out.

That astonishing defeat came a couple of hours after Tottenham beat Manchester United 6-1 at Old Trafford to take the total number of goals scored at the Theatre of Dreams to 11 also.

Only two of those have been scored by a Red Devil and one of those came from a Bruno Fernandes penalty against Spurs.

In United’s first two games last season, a total of seven goals were scored – five of which were scored by United.

The surprise team this season so far has been Aston Villa, who have won all three of the matches they have played.

Pundits were quick to remind Villa that the first two teams they beat were without a win so far this season – Sheffield United and Fulham, but their demolition of the champions was a message to the rest of the league that Villa are not going to be fighting relegation this season like they did last.

Leeds United fans have waited 16 years to see their team play in the Premier League, and they are being made to wait a little longer as fans count down the days until they are allowed to return to Elland Road and other stadiums.

Those fans have already missed 11 goals in two home games which is six more than last season’s Championship winning campaign.

Of the 20 teams in the Premier League, 13 have seen more goals scored at their grounds than last season while two have seen no increase or decrease.

Watching football without fans in the grounds has not been fun, been to make up for that, we are seeing more goals than ever before.

The question that will be answered when fans are allowed back into stadiums is whether we are witnessing an increase in goals because there are no fans in stadiums?

Time will tell, but in the meantime, if the goals continue to flow with fans watching from home – enjoy it.