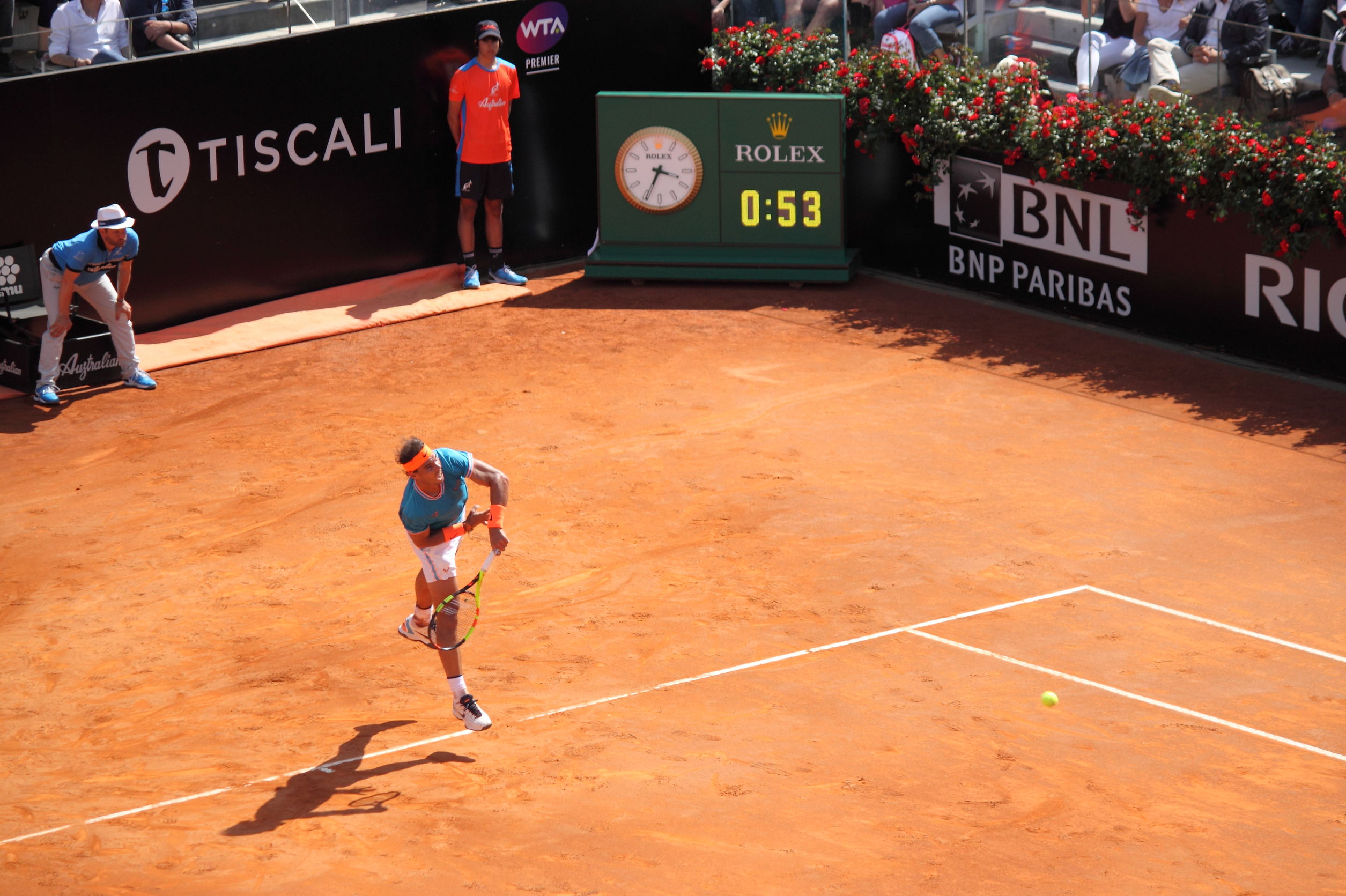 Rafael Nadal vs Fernando Verdasco during the quarter finals at the ATP 2019 Tennis Championship. Nadal wins over Verdasco in 2 sets with the score of 6-4, 6-0 Pic Credit © alessandro0770/123rf

The Spaniard has his sights set on a 13th title, with his 12 honours already well ahead of any other competitor.

Nadal is aiming to equal Roger Federer’s record of 20 Grand Slams, and history is certainly on his side.

The 34-year-old has gone on to win the French Open on every occasion he has reached the last four.

He does, however, come up against an in-form Schwartzman. And the pair have recent history, with the Argentine defeating Nadal in Rome last month.

The world number 14 also defeated US Open champion Dominic Thiem in the quarter-finals at Roland Garros on Tuesday.

In an epic encounter, the 28-year-old contested a total of 376 points against the Austrian, with the game lasting over five hours.

The gruelling five-set battle will certainly have drained the 12th seed, but he has to do it all over again against Nadal on Friday.

Moreover, he meets an in-form Nadal, who has breezed through the competition so far.

Italian Jannik Sinner broke the Spaniard early in the quarter-final on Tuesday, but Nadal came through to win a first-set tie-break.

Nadal has been given odds of 1/7 to continue his winning streak.

Schwartzman can be backed at 9/2 to come out on top.

A total of three sets has been given odds of 8/11, with four sets and five sets currently 21/10 and 4/1 respectively.

Schwartzman is currently 11/4 to get off to the perfect start by winning the first set, with his opponent available at 1/4 to clinch the opening set.

Another 3-0 triumph for Nadal has been given odds of 5/6.

And another 3-2 success for the Argentine can be backed at 12/1.