The race for the London mayoral election continues, with current incumbent Sadiq Khan favourite to remain in charge.

The 2020 election will be held on May 7, with elections for the London Assembly and other elections in England and Wales also taking place.

Here’s the Next London Mayor Odds

Each of the four main political parties in the capital have put forward a candidate. But according to the latest odds, they all find themselves behind current mayor Khan in the running.

Labour’s Khan is standing for a second term after winning the 2016 mayoral election with a 45.3% vote share. He previously stood as an MP in Tooting for 11 years, but is keen to remain in London’s top seat for another term.

He pledges to campaign for rent controls, as well as building more council homes. Affordable public transport and cleaning the city’s toxic air are also key to his agenda.

Khan is currently 1/8 to win the election in May.

He does, however, face competition from several other candidates. His most notable opponent is independent candidate Rory Stewart, who previously served as a Conservative MP until September last year.

He resigned from his position after voting in favour of a motion that removed parliamentary control from the government during Brexit negotiations in 2019. And he’s now aiming to find a new role in the capital.

Cutting crime and planting more trees are central to his campaign.

Stewart is available at 6/1 to be the next Mayor of London.

Other candidates include Tory MP Shaun Bailey and Liberal Democrat Siobhan Benita. Bailey is currently 18/1, with Benita available at 25/1.

And also in the running is Sian Berry. The current co-leader of the Green Party was the candidate for the party’s London mayoral election in 2008 and 2016, finishing in fourth and third place respectively.

Berry is hoping for a better result this time around. She’s currently 66/1 to do just that and become the next mayor.

The latest opinion polls suggest that Khan is on course for a relatively straightforward victory, with the odds also firmly in his favour.

Only British, Irish, Commonwealth or EU citizens living at a Greater London address can vote in the election. And it will follow the Supplementary Voting system. This involves voters expressing a first preference along with a secondary preference.

London Assembly elections will also take place on May 7. This will involve voters choosing their constituency member and also their London-wide representative. 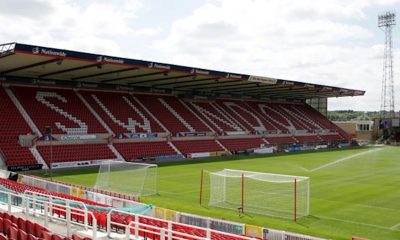