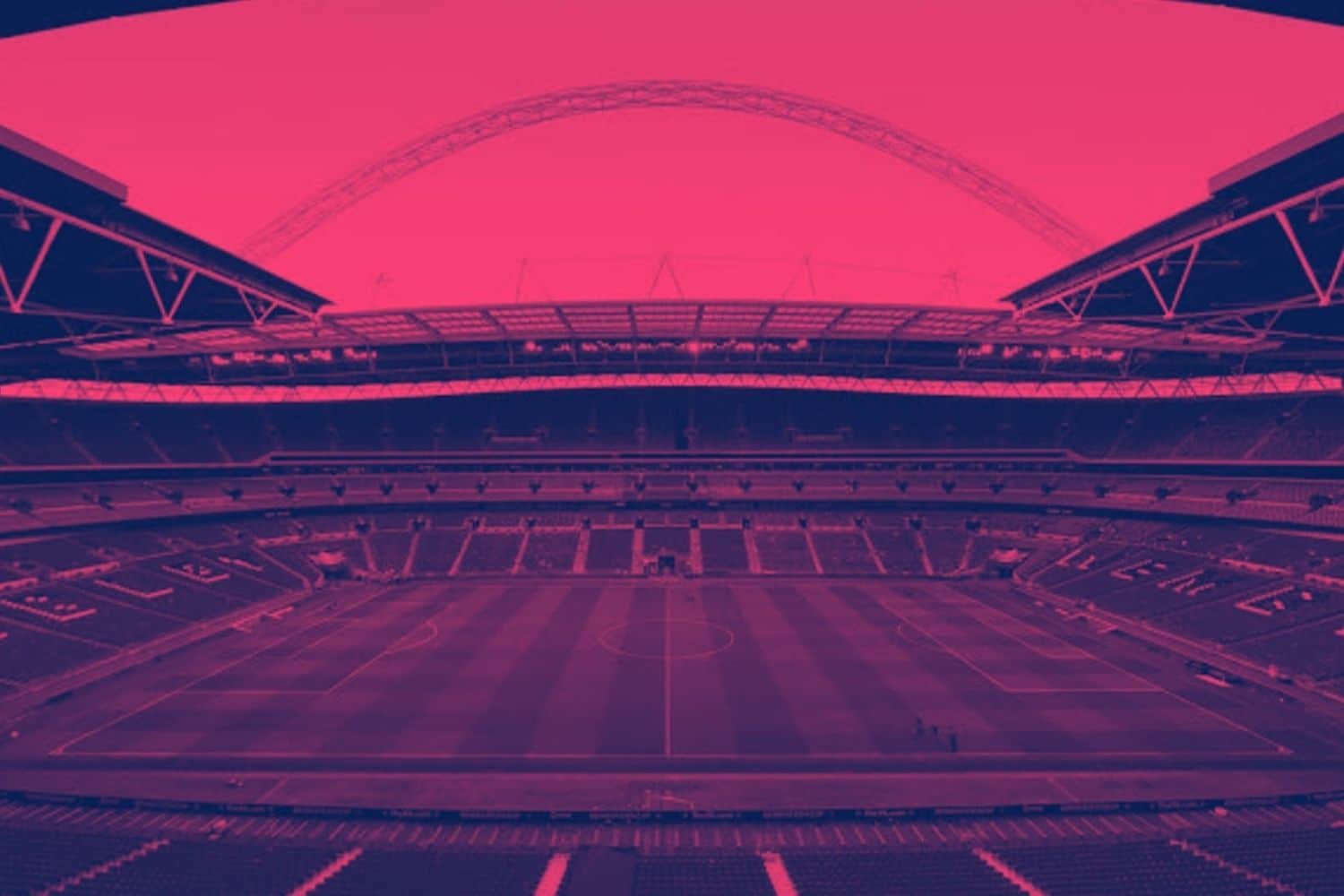 Whataretheodds » Football » Chasing value : Stats and data are your friend

No matter what sport or event you’re betting on, price and value are always the most important aspects of your punt. Put simply, we should always be looking to back a selection where the probability of a given outcome is greater than the bookmakers odds reflect.

This can be highlighted via the traditional coin toss. As we know there are only two outcomes, each with an equal chance of succeeding.

The odds are evenly split between heads and tails. Odds themselves are essentially probabilities – in this case, a 50% chance is advertised as even-money or 1/1 (2.00) in fractions (and decimals)– and therefore taking anything under evens would leave us in the in the black stuff long-term.

Why? Well, if we were offered 10/11 on tails in a coin toss, it shouldn’t be too hard to work out that continually backing a 50% probability bet (the tails in a coin toss) at a price implying only 48% chance of success will leave you short, and it’s a similar story when betting on football. Price should always be fundamental and your first port of call.

For starters, always take the best possible odds offered in the industry to maximise value and try to bet early when the market hasn’t fully matured.

Mass money arrives from Friday as regular punters turn their attention towards the weekend and odds will tend to contract towards kick-off with the closing price generally considered the ‘right price’ in betting terms.

Getting the best odds available (and beating the closing price) is pivotal to long-term successful punting.

Always take best price, always review the closing line against your selections to check if you were on the right value lines, and if at all possible, bet early before the markets mature to really make your edge pay.

“The league table never lies” is one of the most archaic and false statements in football, whilst the final score in individual fixtures doesn’t always give us a fair and accurate reflection either. Football is a low-scoring sport and luck plays an enormous part. The league table always lies and results do not tell the whole story.

The unintentional handball adjudged to be a penalty, a huge deflected shot from 30-yards that deceives the goalkeeper or a completely unforeseen ‘slip of the century’ by Steven Gerrard during Liverpool’s last title challenge are just some of the examples that can turn a game. Chuck in the woodwork, plus countless other variables, and you get the gist.

One of the most attractive parts of football is obviously that it is so unpredictable. Who would want to watch matches when the outcome is known before kick-off? In our beloved low-scoring game, predicting winners is difficult.

Yet, at the same time, some teams are genuinely better than others, they win more often and are rightly given much shorter pre-match odds.

The fact that they don’t always win proves there is an element of luck involved.

In Chris Anderson and David Sally’s book ‘The Numbers Game’, football comes down to 50% skill and 50% luck. Anderson, an economics and politics professor at Warwick University, said “football is driven more by luck and chance than other team sport.

There’s the 50% that can be controlled, like tactics, team selection and preparation. The other half is all chance.”

That obviously sounds extreme but there are certainly truths to be told within the football sphere. To eliminate luck from game-to-game, or year-to-year, larger data sets are required. Clubs would need to play each other four times a season to move away from fortuitous short-term results and the larger the sample, the less likely luck plays a key role in league standings.

Obviously, that isn’t going to happen so how do we spot the lucky teams from the strong? This is where data can help and leads us nicely on to point three.

Stats and data are your friend

Even the most basic review of shot counts can help point you towards a team that are over or underachieving. Traditionally, Premier League teams score an average of 1.40 goals per-game, firing in an average of 15 shots per-match, and so comparing these tallies with your team of choice is a decent starting point in your quest for analysing their efforts.

However, professional punters and bookmakers are utilising more advanced data with Expected Goals (xG) booming in the shot data department over the past few seasons. And it’s easy to understand why after a quick review on how the 2018/19 campaign concluded across the top four tiers of English football.

The top-three finishers filled 30 of the available 36 data slots – five more of those positions were taken by teams concluding the campaign in fourth, one of which only missed out on goal difference (Portsmouth), and another on the final day of the season (Mansfield). Colchester (8th) were the only team to finish below 4th and take a top-three data position.

Not bad, eh? It doesn’t require a rocket scientist to understand that if Team X are taking more shots than Team Y it will give the aggressors a stronger chance of succeeding. However, if Team X are also attempting efforts at goal from high-probability locations to improve shot conversion then naturally their prospects of winning are enhanced further.

As punters, we can’t watch 20+ matches every weekend and it’s impossible to see all 91 teams in action. Here, data is your friend. Would you continue to back a team that’s won 10 consecutive games 1-0 if you knew they had been convincingly out-shot in every game, comfortably losing the xG battle? You shouldn’t, so why ignore the evidence available?

Possibly the dullest subject but also one of the most necessary and critical elements to becoming a successful long-term punter is the organisation and implementation of bank roll management and staking strategy.

The basic principle of bankroll management is defensive. Every successful bettor suffers losing runs, but with strong money management you can weather the storm and stay in the game. There is also a psychological benefit to a good, strong and consistent strategy.

Chasing your losses or betting big through overconfidence after a win are ever-present dangers. With a consistent bankroll management strategy, the decision of how much to stake on any particular bet is taken out of your hands, removing the risk of reckless betting.

It sounds counter-intuitive to many people, but many successful bettors lose most of the time. They profit in the long-term because they are finding value, but in the short term, results can fluctuate. To ensure these fluctuations don’t knock you out of the game, you need to have a properly-sized betting bank, set aside from your daily finances.

The size of your betting bank will also determine how much you can stake on any individual bet. To work this out, you need to calculate your longest likely losing run. There are numerous losing run calculators available online, which can tell you how many losing bets you can expect in a row through random chance. By factoring this into your bank and stake size, you can create a bank that will be strong enough to weather even the worst losing run.

Regarding stakes, Level Staking is the simplest form of fixed staking but alternative options can be found by following The Kelly Criterion and The Fibonacci Method, both are which are worth reading up on. As with all these topics, education and further reading is essential and advised before taking your next step.

I’m often asked to share my favourite sources and websites when it comes to research, which I will at the bottom of this piece. But before I do, I thought I would also reveal a few notes from my personal ‘checklist’ when it comes to digging a little deeper on individual teams and matches that should aid best practices in future.

Variables I ensure to check range from elements such as weather, rest/schedule, team news, team/manager psyche and motivation, form/stats/data/ratings, as well as tactical set-up and system employed. Obviously, you’ll rarely find a side or selection that ticks all those boxes but it’s always advised to be as tooled up as possible before pulling that trigger.

As for specific websites, in no particular order, my favourites include:

Football betting analyst having written for a number of publications, including| welovebetting.co.uk, Asian Handicap specialists Eastbridge bookmakers and Matchbook. To contact Mark email him here, or view his linkedin profile here.