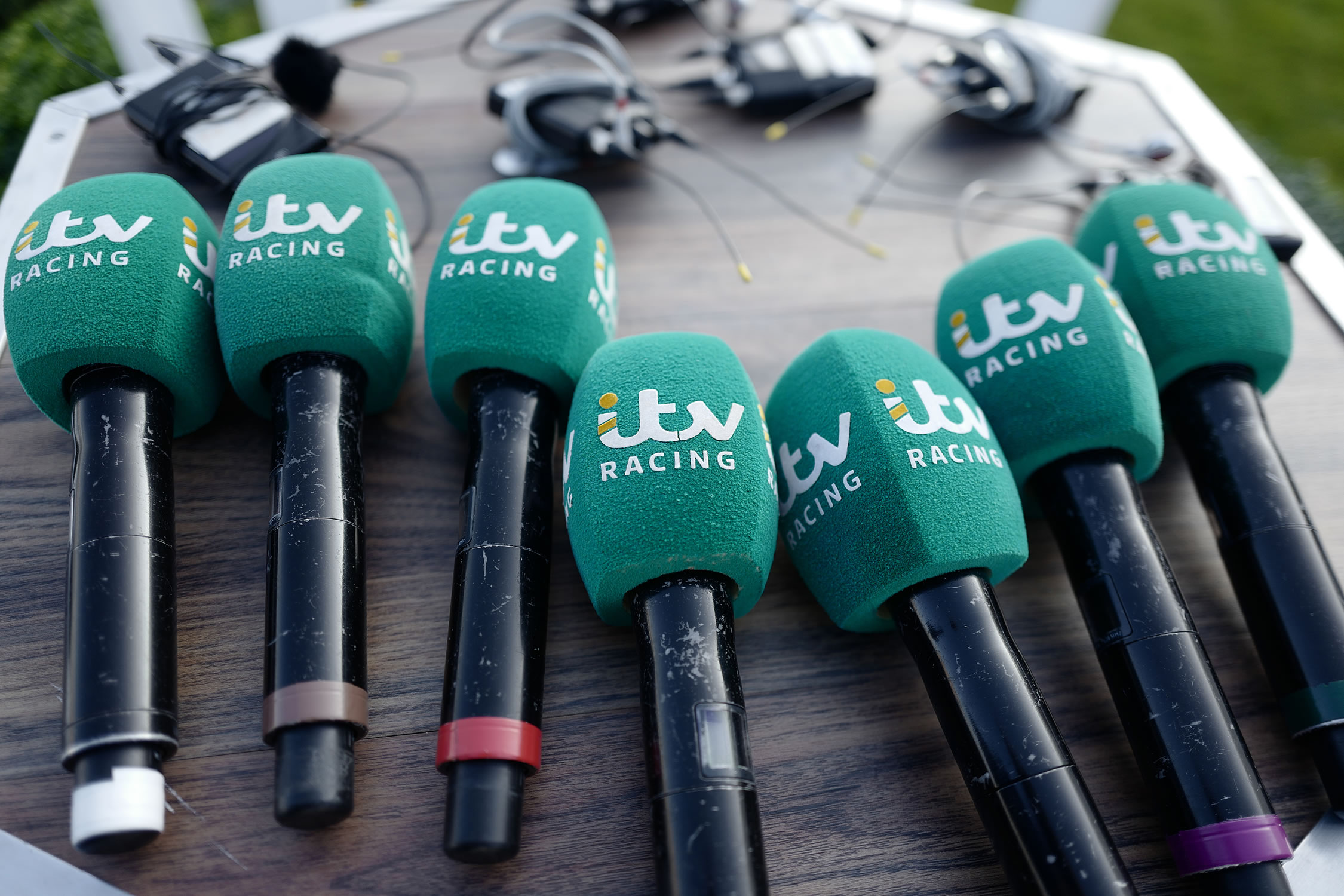 1. Aso (Charlie Deutsch/Venetia Williams)
Fourth in this race in 2016 as a second-season chaser and went on to surpass handicaps, his second in the 2019 Ryanair the best run of his career.

Enjoys Cheltenham and has slipped 10lbs from this time last year to 158, a rating he has won off at this course in the past, though he failed to trouble the judge at any stage last season and may find himself vulnerable to younger, more progressive types at these weights.

2. Simply The Betts (Gavin Sheehan/Harry Whittington)
Fairly smart novice hurdler in 2017/18, being pitched into the Supreme whilst still a maiden, but always looked as if chasing would be his game and had a fruitful novice campaign last year, winning four of his five races, culminating in the Plate at the Cheltenham Festival.

That was arguably the most competitive handicap of the season last year, whilst his prior victory in the Timeform Novices’ Chase on Trials Day has worked out remarkably well; with runner-up Imperial Aura also winning at the Festival and taking the Colin Parker on his seasonal return, whilst third On The Slopes was also a next time out winner.

Now racing from a mark of 157, that may not be beyond him, as he took a step forward every time he ran last season and looks tailor-made for a race like this. He’s the one to beat.

3. Mister Fisher (Nico de Boinville/Nicky Henderson)
A Grade 2 winner as a novice hurdler and matched that level over fences last season, showing more pace than Al Dancer to beat him in the Lightning Novices’ Chase over two miles at Doncaster.

Fine effort when stepped back up to two and half miles when fourth in the JLT at the Cheltenham Festival and this looks to be his trip going forward, and whilst he’s not been given a gift by the handicapper, having an initial handicap mark of 155, he’s already a smart type and remains with potential after only four runs in this discipline.

4. Al Dancer (Sam Twiston-Davies/Nigel Twiston-Davies)
Betfair Hurdle winner as a novice is 2019, form which saw him go off favourite for that year’s Supreme, where he ran down the field in tenth.

Again, reached a fairly similar level as novice chaser last season, finishing fifth in the Arkle, but generally looked as if he found two miles on the sharp side and undoubtedly appreciated the step up in trip when turning Paul Nicholls’ smart, if error-prone, Master Tommytucker at Newton Abbot on his comeback. Been risen to 154 for that victory, but it’s not impossible there’s more to come from him over two and a half, and he’s a genuine contender.

5. Slate House (Robbie Power/Colin Tizzard)
Not been the easiest to keep sound but always had ability, and put a shambolic first season as a novice chaser behind him with a really fruitful campaign last year, the highlight behind his Christmas victory in the Grade 1 Kauto Star.

Looked the likeliest winner of this race last season as well when falling two out, though finished last season pulling up in the Cotswold and finishing well tailed-off in the RSA. Unconvinced he’s the strongest stayer a three miles, so the drop back in trip is plus, but this might require a career best from a mark of 152.

6. Happy Diva (Richard Patrick/Kerry Lee)
Immensely likeable mare who deserved her victory in this race last season after a series of consistent efforts in similar races. Held her form well after as well, and rounded the season off with another fabulous Cheltenham effort when runner up to Simply The Betts in the plate.

Not a vintage reappearance from her at Wetherby last month, but now has the benefit of race fitness on her side. 8lbs higher than when taking this last year, but she’s remarkably admirable and is almost guaranteed to run her race.

7. Siruh Du Lac (Tom Scudamore/David Pipe)
Proved an absolute revelation for Nick Williams two seasons ago, winning four times on the bounce with a culminating victory in the Plate at the Cheltenham Festival. Clearly not himself in this race last year, but was in the process of running a good race when falling at the third last in defence of his Plate crown. Runs off the same mark for his stable debut for David Pipe and if his new trainer has him ready to go first time, he isn’t one to be ruling out.

8. Spiritofthegames (Harry Skelton/Dan Skelton)
Only one win in the past three years but has proven a fantastically consistent type for the Skeltons and was twice placed over course and distance in similar events last season. Another fine effort when sixth in the Plate last time out and has been eased 1lb from that run, and whilst he lacks the potential of some of the less exposed second season chasers in opposition, he’s capable of going well in conditions we know suit him.

9. Saint Sonnet (Harry Cobden/Paul Nicholls)
Listed hurdle winner in France before landing short odds on his British debut for Paul Nicholls at Catterick. Was given a huge task when pitched into the Marsh less than a month later and ran creditably enough in the circumstances to finish seventh. His bare form is a little bit lower than the standard usually required to win a race of this nature, but a young ex-French horse in the care of Paul Nicholls is a fearsome profile in this type of event and, by far, he’s the one looks likeliest to have much more ability than his current rating suggests.

10. Domaine De L’Isle (Sean Bowen/Sean Curran)
Quickly emerged as Sean Curran’s stable star after joining the Lambourn trainer from France midway through 2019, completing a hat-trick at Ascot in January. Less good when upped to three miles on his only chase start after, though there were positives to take from the way he plugged on in a novice hurdle at this track last month.

Nevertheless, this is the toughest race he’ll have competed in his career and he’ll probably need to improve once more to take this.

11. Brelan D’As (Jonjo O’Neill Jr/Paul Nicholls)
Placed in the Grand Annual in 2019 and continued his decent Cheltenham record when he went down by a neck to Happy Diva in this last season though failed to fire on his only other completed start in the Caspian Caviar. Remains on a 5lb higher mark than last year’s renewal, and though he’s looked capable of winning a competitive handicap such as this, he’d require a performance above what he’s shown so far in a race of this quality.

12. Kauto Riko (/Tom Gretton)
Almost pulled off one of the shocks of last season when giving Top Notch a real scare in Peterborough Chase, but didn’t come close to that sort of level again and failed to get involved when down the field in the Plate. Been dropped another 5lb from that effort but needs something to spark him back to form and is opposable on most evidence.

13. Fidux (Tom Bellamy/Alan King)
Still yet to match his peak hurdles rating of 145 as a chaser, but produced his best performance over the larger obstacles when winning at Market Rasen. Done a fair bit of racing throughout the summer and doesn’t look to be taking massive strides forward, so may find himself flying too high in a race of this quality, for all he’s a generally likeable type.

14. Pinson Du Rheu (Micheal Nolan/Alex Dunn)
Ex-French nine year old who has his first start for Alex Dunn here. Generally mixed hurdling with chasing back in his homeland, with his last win coming around this time last year over fences at Cagnes-sur-Mer. A faller on two of his last three starts though, and the handicapper has taken no chances by burdening him with an initial mark of 141.

15. The Russian Doyen (Adrian Heskin/Colin Tizzard)
Fourth in the Festival novice handicap in 2019 and was scarcely seen last year, pulling up on his only start. More like it on this season’s reappearance, finished third a fairly decent handicap hurdle at Fontwell last month.

138 looks a workable mark for a horse who remains relatively lightly-raced in this sphere, and he’s not one to rule out.

16. Coole Cody (Tom O’Brien/Evan Williams)
Reverted to novice chasing this season in his first campaign for Evan Williams and has already done fairly well, winning on his first start at Newton Abbot before bumping into two nice prospects of Paul Nicholls’ in Soldier Of Love and Southfield Stone on the next two occasions.

Williams looks to have his head back in the game after he went slightly off the boil for Michael Blake, and doesn’t look on an unfair opening mark from 138. Could be one to consider at a bigger price.

17. Sky Pirate (Jonathan Burke/Jonjo O’Neill)
Surely has more ability than his mark of 134 suggests but has been immensely frustrating over the last few years, often failing to fulfil any worthwhile off the bridle.

A wind-op didn’t appear to address the problem last time at Wetherby, with the familiar script of him looking like the winner before emptying quickly written once again. Impossible to trust in a race of this nature until we see him convince at the sharp end of a race.