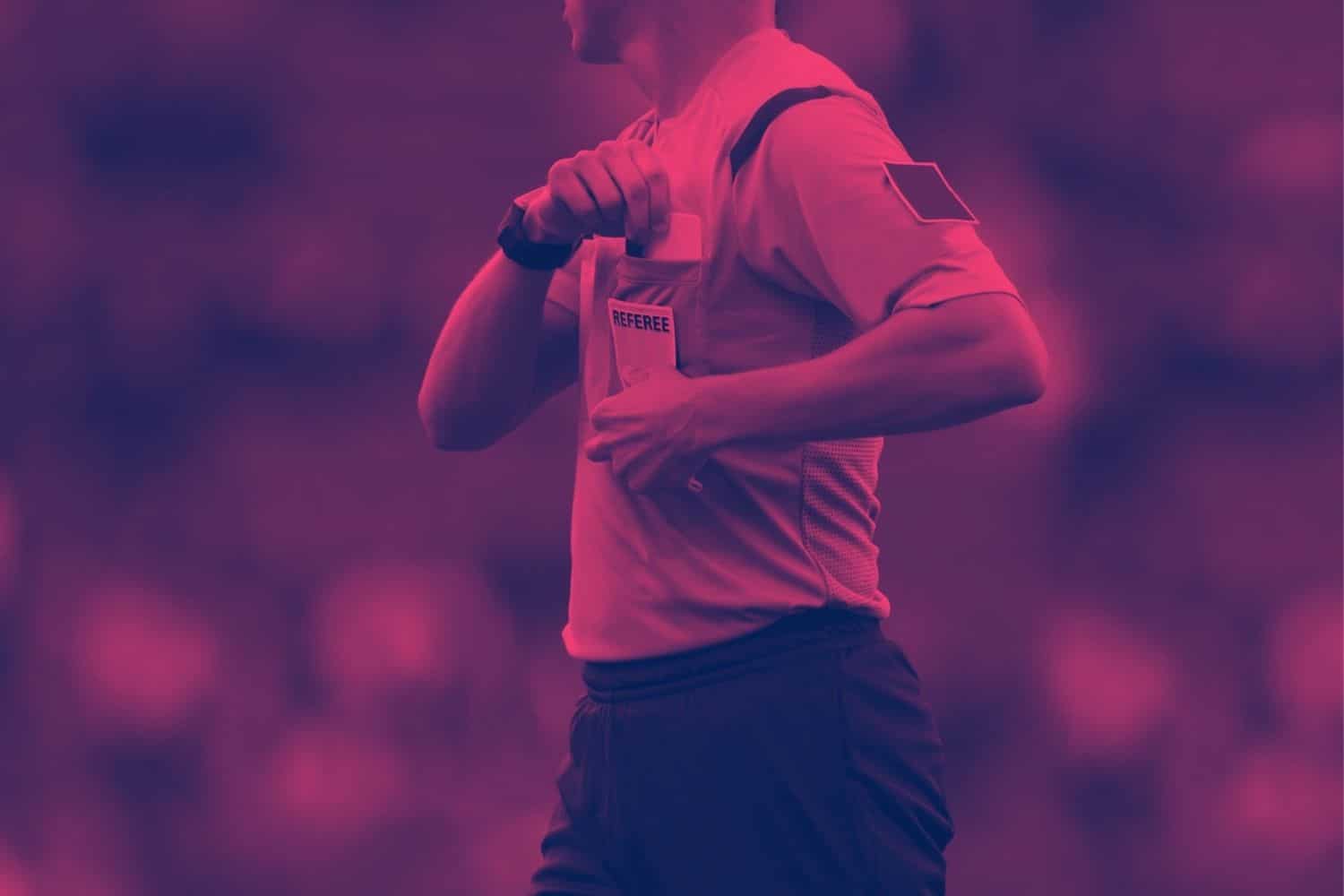 There’s been a shift away from ever-popular markets such as match odds, handicaps and over/under lines with more modern incarnations such as bet builders, specials and cards-based betting hogging the headlines, the latter of which has caught the imagination of sharp punters.

Frustratingly, despite the growing interest, only a selection of leading bookmakers cover the evolving cards markets in-depth and there’s often little unification between the brands offerings. Nevertheless, that uniqueness can often play into our hand when evaluating the strength of the selection in question and, obviously the most important aspect, the price.

Being knowledgeable about football isn’t a pre-requisite for punting success.

However, finding a specialist market and niche area within the game is often a strong avenue to beating the market. With bookmakers still putting the bulk of their time and data science into perfecting their traditional markets, cards can often be left unloved and open to attack.

Successful bettors can therefore take advantage of the advantageous odds in a newly-formed cards market, finding it easier to spot discrepancies. Additionally, an analytical approach is more reliable for betting on cards compared to the aforementioned major markets due to the low-scoring nature of the sport we all adore.

Betting on Cards : The importance of the referee

Rarely will I pull the plug on a cards-based punt if the referee overseeing the action isn’t prolific for distributing cautions. The men in black really are the stars of the show; after all, it’s the official in charge who makes the decisions and calls the shots.

Unless you’re going against the grain and supporting a tame encounter, leniency is your enemy. Sites such as Transfermarkt and WorldFootball.net give you easy-to-read overviews on individual referees and their records for dishing out yellow and red cards, as well as penalties, making it easier to pre-judge the characteristics of your referee.

Ensure you take a solid sample of at least 15 games before jumping to conclusive conclusions about the temperament of your official. If you’re looking for a bit more meat on the bone, WhoScored share more detailed information on fouls per-game and tackles per-foul for the major leagues they cover, which are also worthwhile strands to consider.

Referee appointments are made relatively early in the UK so check the official Premier League, EL and Scottish FA sites for the latest assignments. It’s a trickier affair when delving into Europe but WorldFootball.net and Soccerway tend to display the details a good 48 hours before kick-off.

Whereas derby dates and high-stakes showdowns regularly lead us towards a higher card count, low-scoring fixtures can often do the opposite, in particular goalless games. The intensity of chasing (or defending) a lead can contribute towards increased tension and more severe challenges and so one-sided matches are also considered card-killers.

Continuing that theme, heavy favourites don’t often produce a flurry of cautions – naturally, underdogs are the more likely receivers seeing as they will likely have to chase the ball and therefore put in more tackles (and likely) fouls in comparison to a club in control.

Betting on Cards: How to attack the cards markets

Unlike major markets where distinguishable inputs are required to produce a tissue price, there are basic calculations that can help give punters guide data when it comes to cards. For starters, there are several sites that display season-long card counts that are easy to translate into per-game averages. These can be utilised to cover teams, players and refs.

Once we’ve worked out game-by-game averages for a particular side, the two teams on show and/or the referee in question, we can start comparing the figures with the market. With a stringent official in charge and two hot-headed squads on show, a high card count could be in the offing. For clarity, standard Over/Under card lines in the UK tend to be 3.5.

Obviously, there’s a whole realm of individual player options to consider too. Stats such as average tackles per-game, fouls per-game, plus tactical set-ups and opposition players in direct competition should be considered before pulling the trigger. For example, defenders up against skilful opponents such as Wilfried Zaha and Jack Grealish are vulnerable here.

Quite often, pulling together raw and unscientific guide prices can lead you towards an unheralded player punt. Take your player, check out his average cards-per-minute figure and compare it with the odds. If there is a discrepancy, drill down further to understand the dynamics of the game, the referee and the tactical brief do complete the picture.

Finally, it’s worth trumpeting the virtues of in-play cards betting. Few firms offer odds once the game is underway but it’s still worth shopping around to find a venue that does. Watch the referee’s behaviour and keep an eye on players that are on final warnings or building up a collection of fouls, whilst time-wasting can also come into play late on.

Cards betting is a great alternative for punters looking for a dispassionate rollercoaster ride. Diligent research is key and here it can often give bettors a slight edge over the market, and that’s the holy grail in this game.

Football betting analyst having written for a number of publications, including| welovebetting.co.uk, Asian Handicap specialists Eastbridge bookmakers and Matchbook.